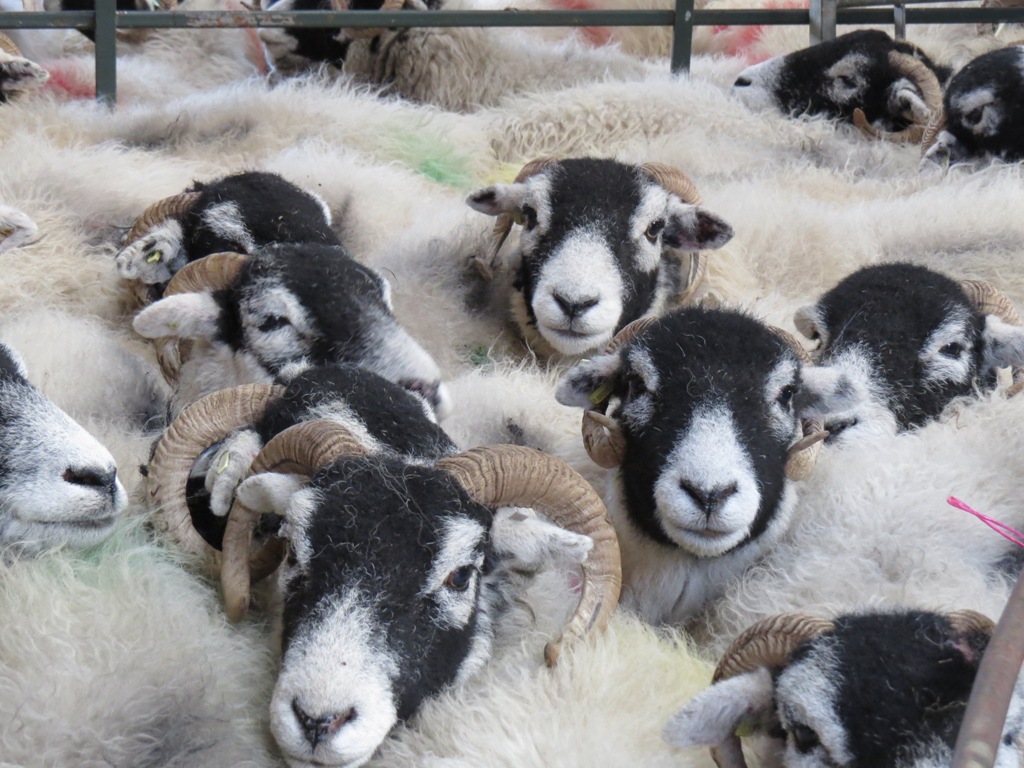 Pry House sheep in a huddle waiting to be scanned

In February every year all our ewes are scanned to see if they are carrying one, two or just occassionally three lambs.  A blue mark at the back of the head denotes triplets and between the shoulders for twins.  No blue mark = a single lamb.  People imagine that we want lots of twins & triplets but actually a single lamb is best.  A Swaledale sheep can easily rear a single lamb but twins take a lot out of her and they need a lot more looking after.  The ewes with a single lamb go back to the moor as early as May where those with twins stay in the pastures close to farm until July.  And as for triplets, the Swaledale ewe cannot rear three so one has to be taken away and is either reared as a pet or ‘mothered on’ to another sheep who has lost a lamb.  See Tiny Titch post for a lovely triplet story. 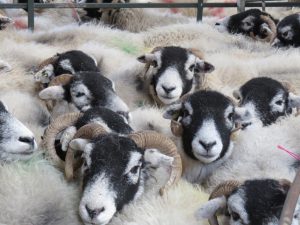 Click on above image to enlarge to full screen