Muker Show – a traditional dales show held on the first Wednesday in September. 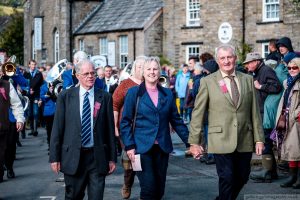 This year Chris was asked to be President of the Muker Show, a post he will hold for two years.  Muker Show is loved by many because of the traditions and values that are associated with the show.  One of Chris’ first duties as President was to lead the procession of judges, stewards and officials on to the show field.  At 10 a.m. prompt Muker Silver Band struck up behind us and alongside our chairman, Ernest Whitehead, we marched  through the village.  It was proud moment for both of us. 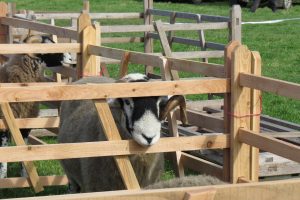 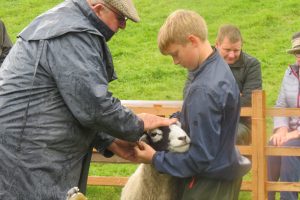 Sheep play a major part at Muker Show.  This is the home of the Swaledale breed of sheep and to the farming community Muker Show is looked upon as an important shop window.  A rosette here is highly prized.

But there are plenty of other things to see and do on the show field;  vintage tractors & implements, dry stone walling, sheep dog trials, dales pony demonstrations. 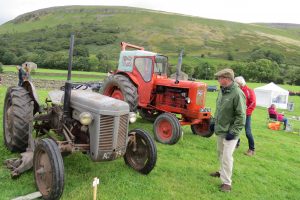 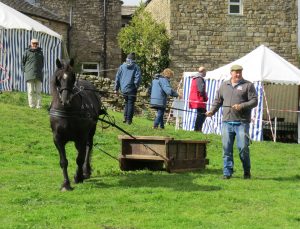 There is no end of exhibits to admire in the produce and handicraft tents.   Trade stands are carefully selected to reflect the rural nature of a small, dales country show. 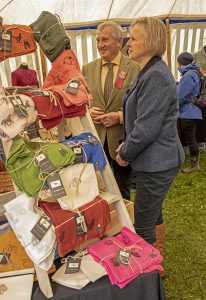 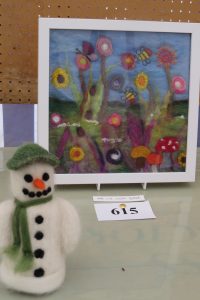 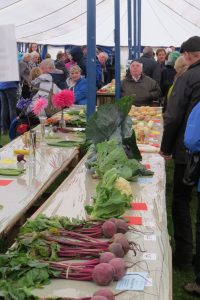 The fell race is an awe-inspiring spectator sport.  Participants tackle the gruelling 550 ft almost vertical incline up Kisdon Hill.  The course can clearly been seen from the show field.  Those taking part are guarenteed lots of encouragement and support. 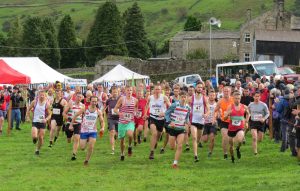 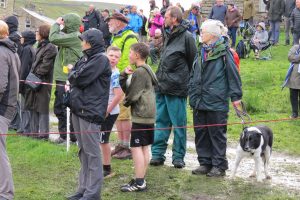 Year on year very little changes at Muker Show.  The catering tents are run by local people with cakes baked and sandwiches made in farmhouse kitchens at the head of the dale.  Bacon, burgers and sausages are supplied by a local butcher.  The tempting smell of freshly grilled bacon is hard to resist!  There is no alcohol on the show field but visitors are welcome to wander into the village for a drink at the pub.  Muker Silver Band plays on the field and the day concludes at 5’o clock when the band accompanies the community singing outside the Farmers Arms. 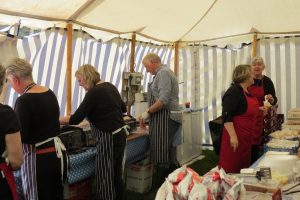 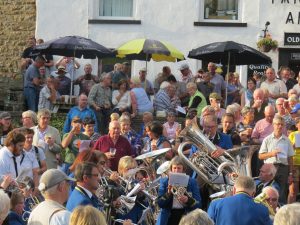